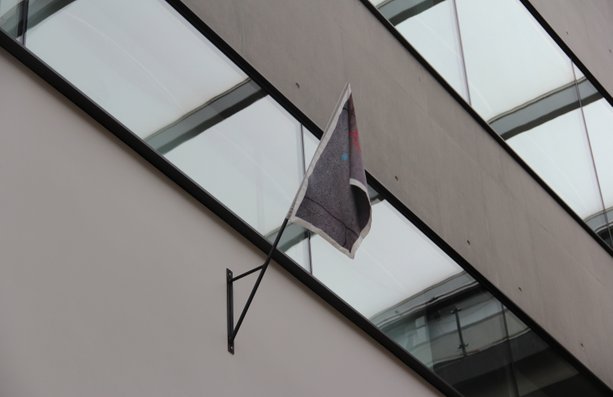 This flag was made in my final week at Central Saint Martins. The markings were found on a walk down nearby Pancras road. Pointing to or flagging up were important metaphors and strategies for responding to my surroundings at the time. Making a flag was my attempt to make something physical of the immediate and incidental in the ever changing landscape of gentrified Kings Cross. The flag seen above was hung in "the street" at Central Saint Martins, a term used to refer to the internal hallway of the college campus. The flag hung limp due to there being no wind in the artifical main "street".